All - Early Finish and Inset Day

A reminder that the school day will finish at 12:30pm on Thursday 21st October, in advance of our Year 6 Open Evening.  If your child(ren) usually travel by bus, these will be arranged to collect them at the earlier time.

Arrangements for lunch are as follows:

KS3: Lunch will start at 12pm to allow all students 30 minutes to get their lunch.

KS4 & Year 13: A wider food offer will be available during their morning break time which will take place at 11.10am as per usual.

Friday 22nd October is an INSET day, so no students will be in school.

All - Change to Summer Term Dates

The Spring Bank Holiday in 2022 will be moved to Thursday 2nd June 2022, and there will be an additional Jubilee bank holiday on Friday 3 June 2022. As this falls within the half term holiday, an additional one day holiday must be taken elsewhere.

Therefore the school will now close on Tuesday 19th July 2022 at 12.30pm instead of Wednesday 20th July - the term dates on our website will be updated to reflect this.

All - Student Drop Offs and Collections

Please can we remind parents that students should not be dropped off or collected from school site at the start and end of the school day, unless prior arrangement has been made with a member of school staff.

We have a number of minibuses, buses and coaches that use our school site at these times and our turning circle is incredibly busy. For the safety of all members of our community it is important that we reiterate this message.

Please can parents consider dropping students in a safe and convinient place that is also considerate towards our local neighbours.

All - Hot Chocolate with the Head 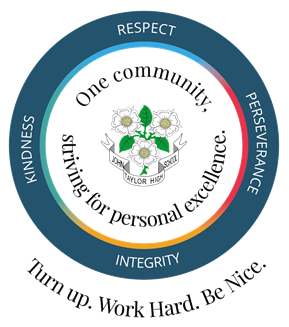 The following students have received a Hot Chocolate with the Head over the course of this half term. Congratulations!

Please find attached a letter from the PTA regarding membership of the 50-50 Club, which raises funds for school. The 50/50 Club have just been able to donate £1900 to the school thanks to your participation over the last two years, and your support is needed now more than ever.

Regards,
Mrs K. Cochrane
Head of School on behalf of the PTA

Please find information below from Staffordshire Police regarding County Lines, for your information and awareness.

Are you passionate about art and science? Get creative and enter the BioArtAttack competition for the Royal Society of Biology.

Your entry can be anything from drawings and sculptures to models and collages of any scale.

You need to tell us in writing a bit about your piece, including:

To submit your entry you need to send a photograph of your creation or a scan of the drawing and include the information detailed above. Please send them to Miss Lowson at nj.lowson@jths.co.uk. The deadline for entries is Tuesday 30th November.

If for any reason your child missed the Flu Vaccination on 30th September and you wish for them to be vaccinated, please contact the School Immunisation Team directly on 0300 124 0366.

Please note Year 12 and Year 13 students were not eligible for the vaccinations.

Thank you in advance for your support with this, and our thanks to those who have already completed it. 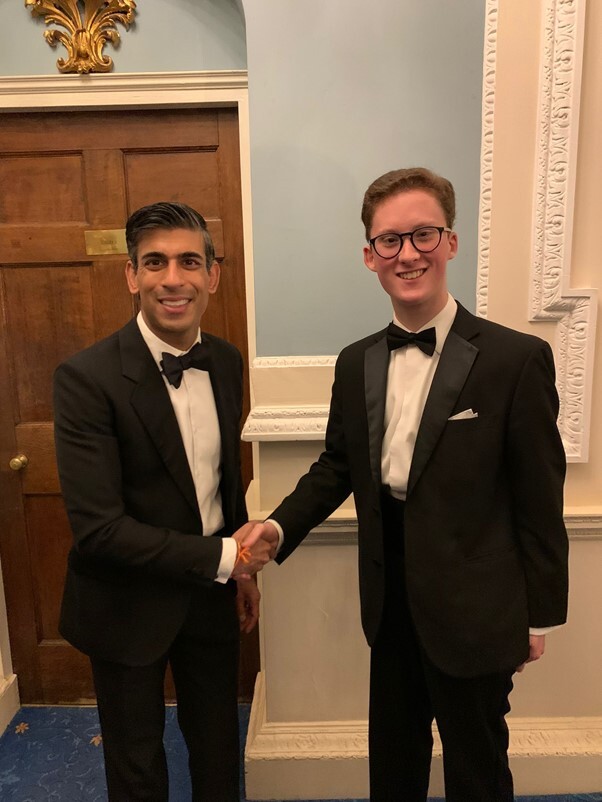 On Friday 1st October, I was afforded the opportunity to attend a private dinner with the Chancellor, as my role as Secretary for Lichfield and Sutton Coldfield Young Conservatives. The event was held at Swinfen Hall, and went on until the very late hours of the evening. The Chancellor arrived at 19:18 that evening and was immediately swarmed by political zealots, desperate for a photo opportunity and the possibility of a conversation about the economics of Lichfield life. He was smartly dressed in a full tuxedo, which a conversation with his private secretary revealed to be a rarity as he apparently flaunts the fashion rules.

My friends and I, eager to meet this political leviathan off the TV, entered the crowds and were immediately greeted by him. He was immensely polite and paid an interest in all of us, asking questions proactively, which was refreshing as some of our modern politicians seem more interested in those whom ‘matter most’. After approximately an hour of him working around us all and taking brief photos and engaging in a quick conversation, we all headed to our tables.

Once the starters were taken back, the Chancellor arose in front of a crowd of 118, and gave a more politically frank and honest speech about the situation of the economy and politics currently. He interjected it with some amusing remarks, stating how he had been to several dinners over the past year and how the response had been the same “you are even smaller in real life than on TV!” (Rishi being 5 feet 6 inches tall). He also stated how his wife had needed to explain what Mr Sunak did to his youngest daughter - in reference to his long nights at the office, his wife had told his youngest daughter that ‘Daddy works in Big Ben’. He said how he was quite amused and pleased with this, to which his wife responded, ‘I would not be too pleased, she thinks you fix clocks for a living!’

After his speech in which he spoke about clocks, but also about the Government’s economic position on the COVID recovery package amongst other things, we were afforded the opportunity to ask questions. I, having already asked countless teachers, already had a few lined up and hence was able to ask immediately after catching Michael Fabricant’s (the association’s MP) eye based on employment. I asked ‘We have a surplus in jobs at the moment, yet we have a rise of unemployment at 1 million, what would you say to combat this issue, not just in the COVID economic environment but also in typical economic circumstances?’ to which he responded stating how the Government understood the resistance that businesses had, and that they had rolled out the kickstart scheme to encourage business to hire more staff. It is clear to me that he views the situation as a supply issue and that the Government needs to focus on improving the supply of labour. Despite my question being somewhat harsh for a private dinner, afterwards he still got a private photo with myself, and all my friends sat at my table.

Overall, the night was amazing, several photos secured and now the name-dropping ability to say I had met, spoken with and questioned the Chancellor of the Exchequer.